Hubby says we will seriously never again shop at Sears for anything. We have had such a difficult time with them this month.

See, on Dec 1st when we awoke at 430 am and tried to see what the news said, well...no picture on the big tv. So called their service dept. No prob, a tech will call you within 24 hours to book and appt. 48 hours later i call back cause no tech called. Oh, i see the email to them did not go out, we'll try again. Dec 3 the tech does call, says he thinks he may know the problem (but has not seen the tv) and says he is ordering the lamp and it takes a week to get in, so he will check back with me on the 10th to schedule the appt to fix it.
Well.....no call, no word whatsoever. Still to this day have not heard from the tech again. Have called sears 7 times total since the first and done everything they have asked of me, they have said they are shipping the lamp directly to me and it will arrive on a certain day, that day arrives no lamp delivered..call again, oh we cancelled that cause we found out your tech has the lamp.(when frist they told me the lamp was boxed to send on the 8th but never shipped) Yet this comes from their shipping dept, they have also not heard from the tech. They say he received it on the 12th but due to weather he can't get out. (we have had no weather until the 19th) I was informed he lives in a town about 30 minutes away. So a few times i have tried the number he called me from...goes to a fax machine.
Finally this morning the sears rep gets snotty with me on the phone and without saying it specificlly lets me know i'm screwed till they get around to it. I got upset, actually cried due to frustration over this situation. Then just to see tried the tv tech's number again...and guess what, he picked up! And...yes, he has my lamps and lives 5 MINUTES AWAY, literally 1/4 mile from my daughters boyfriends house. Says he called me but my cell phone shows NO record of any call from him. He now says he can't get out of his house due to weather...still.... so i ask him if i can drive over and pick up the part and fix it myself (that is if this is the problem, remember he hasn't even been to the house to see the tv in person, which sears says he was required to do initially)
So....long story short, paid almost 3000. for a tv 3 years ago (now they are half that), got talked into the "extended coverage plan (cause they don't like the word warranty)" for 600 and have yet to see a tech and will have to actually pick up and repair the tv ourselves...after more than 3 weeks of waiting!

So, now i am off to grate carrots for a carrot cake, finish my coffee..which i started at 5 am, take some canadian aspirin..and maybe by dinner be able to sit, knit and watch a few favorite holiday movies before the holiday arrives. Le sigh...i hate drama! Why can't people just do what they say they are going to do. A simple phone call to communicate and touch base would have been all that was needed.

Putting the soapbox away now. Oh, and after 2 feet of snow since thursday they say we may get 6 more inches tonight, lol....beware of what you wish for! after hawaii we wished for some white, well...we got it! my jeep is the only vehicle making it out the driveway...hubby and daughters car would act more as plows!
Posted by Turtle at 12:04 PM

I'd be pissed! I've heard other horror stories about Sears; seems they need to learn a little about customer service and standing behind what you sell.

I would be pissed too! I try to buy from my local appliance store that carries electronics whenever possible. They are still personable and honest. I have never liked Sears for anything other than clothing.

We had a problem similar with our cable. We pay a fortune and have not been able to watch it since 12/11. 5 days due to power outage from ice storm but after that it was cables fault. After a fit on the phone with them, and yelling that hey I don't pay for eletricity if I don't have it, they miraculously fixed it today and I never saw a cable man.....go figure.....

If it makes you feel better, my washing machine just died last night while I prepare for 21 people for tomorrow night.

I would have beem crying too, man I hate customer service that is NOT a service. 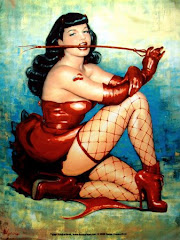